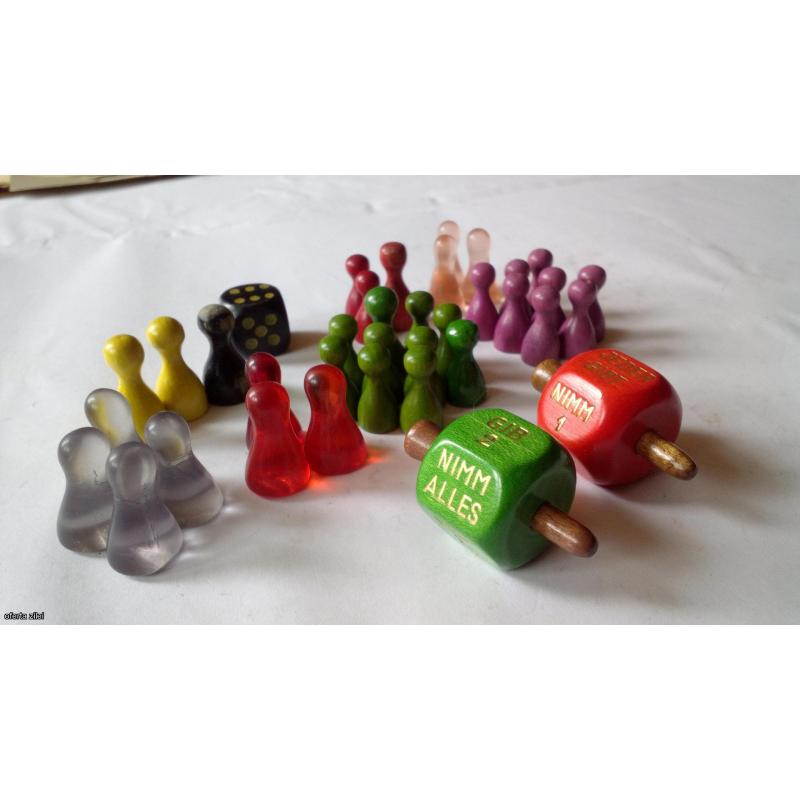 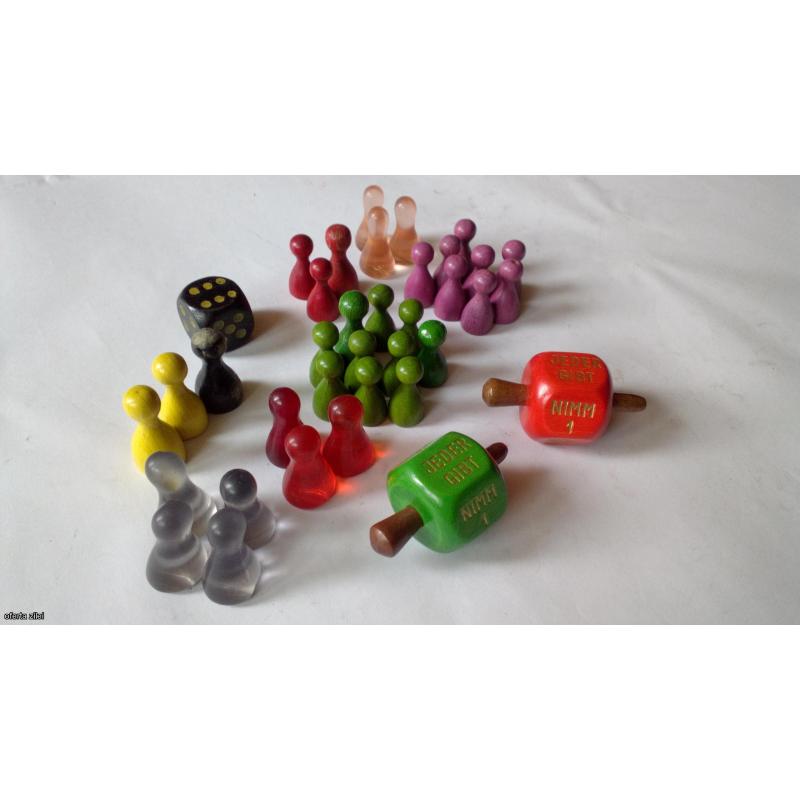 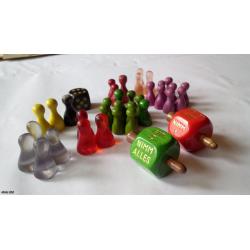 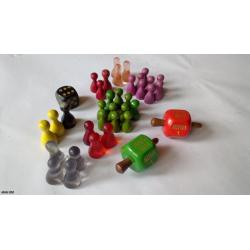 The listing has not been sold.

" PUT and TAKE rulles and history -
Put and take was a game that first became known during the First World War (1914-18).
The full history of the game is unclear but It is thought to have been invented by a soldier in the trenches.
The original game was made from a brass bullet that the soldier shaped into a spinning top with six sides.
Each side had an instruction on that was either Put one, Put two, Put all, Take one ,Take Two, or Take all.
The top was spun by players, who each put an ante in the pot (said to be a cigarette), and depending on how the top fell
either took or put how many cigarettes indicated.
The game became so popular that during the 1920-30s it was introduced as a gambling Game and was predominantly played
in the North of England in Working mens clubs and pubs. Because the top would last virtually forever, being made of brass,
the production of the game did not last for long and during the next 40 years the playing of the game gradually died out.
Rules:
Any number of players can play. Each player puts a coin or chip in the pot.
The first player spins the top. If the top come down "Put" side uppermost the player puts into the pot the amount indicated (i.e. Put one two or All).
For "Put All" the player doubles the amount in the pot. If the spinner lands with "Take" side uppermost the player takes the amount indicated from the pot.
For Take All the player takes the whole pot.
The next player spins and the game goes on until somebody spins "Take All" and the game is re-started with a new Ante." 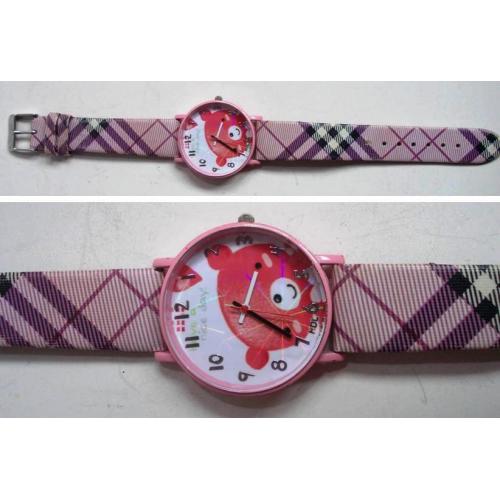 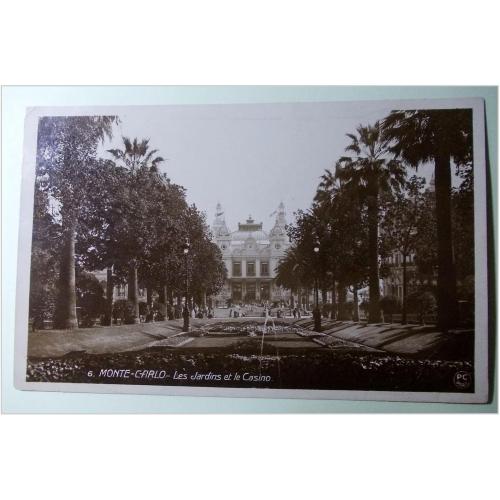 Add to Cart
Site-ul nostru foloseste cookie-uri. Continuând, sunteți de acord cu utilizarea de cookie-uri pe dispozitivul dvs., dacă nu le-ați dezactivat din browser-ul dumneavoastră. Our website uses cookies. By continuing, you consent to the use of cookies on your device, unless you have disabled them from your browser.